About Lesbian Coming Out Coach

Lesbian Coming Out Coach is a safe space for women who love women to congregate. Whether you are identified as a lesbian or just questioning what this means, feel free to read and give feedback on topics related to women loving women. Contact me at Jan@LifeAfterTherapy.com. 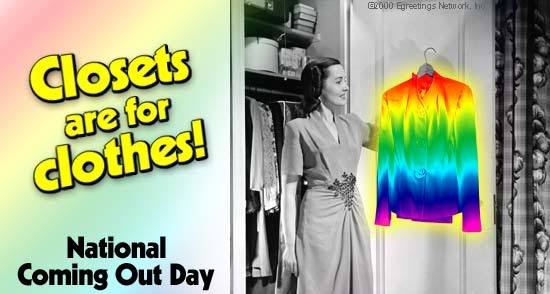 Hey everyone,
Yes, it is coming out day here in the land of the free, home of the brave. If anyone reading this decides to tell someone today, know that your lesbian sisters are here for you. If the fear and reasons not to tell someone feel too great, we are also here for you. NO JUDGEMENT. This stuff is not for sissies and you are loved either way.
I liked Anu’s concept of “assuming the best” as a powerful context from which to react. But what does it take I wonder to mentally make that leap and assume that someone will be a supportive parent, sibling, friend…? (To do “the right thing”)  If they are not supportive, how will you respond to them in a powerful way that protects yourself, yet doesn’t make them wrong?
Sometimes making someone else wrong and being angry may feel like the most powerful stance at the time. (We’ve all felt how good self-righteous anger can feel.) Go there in the moment if you must — sometimes it’s all we can do. But remember the high road, which is the knowledge that we have all had time to adjust to our new identity. Shouldn’t we offer someone else the same courtesy? This doesn’t mean we lose our center of power. In fact, when genuinely embodied there is no more powerful place from which to speak.
What has worked for me in tough situations like this is validation.  You can validate the person without agreeing with them, “Yes, I know how hard it can be to see someone you love in a new light. You may feel as if you don’t know me. I struggled with this myself in the beginning, but I assure you I’m the same person. This is just one aspect of me and it feels good and right… and I want you to know that I’m happy.” (Or something along those lines…)
Of course if they could be happy for you, that would just be the icing on the cake, but give them some space and time.  If there’s a religious reason you might say that you had to do a lot of soul searching yourself, but you realized (for example) Jesus actually never spoke out against homosexuals… (but I digress!)  I have found that engaging in a debate (religious or otherwise) with the person at this time will not be productive in any way.  Simply tell them that they are entitled to their beliefs as you are to yours, and that you will pray for them. (Sorry I couldn’t resist that last prayer bit, say what feels authentic to you!)  The most important thing is to stay within your power center which comes from a place of unconditional love, not a place of shame or blame.
Rainbow hugs,
Jan
“Gender preference does not define you. Your spirit defines you!”

Coming out is a process. We may find it’s easy with some and harder with others. This is Anu’s new strategy to assist her state of mind when coming out…

“I, for one, can get caught up in the whirlwind of fears and assumptions when I think about coming out. It’s easy to do. And time-consuming. And not all that productive. So then I got to thinking…

When we assume the best of someone, and they prove us wrong, we are no longer the victim of that disappointment. Now we are the person who knows they could have done better, and we are disappointed with them, not by them.”

Hey everyone, do you think that assuming the best response from someone when you tell them you are gay might put you in the “drivers seat” or help the outcome? (If you are in a dependent situation you might want to find an ally before you try this.) Please respond in the comments below. 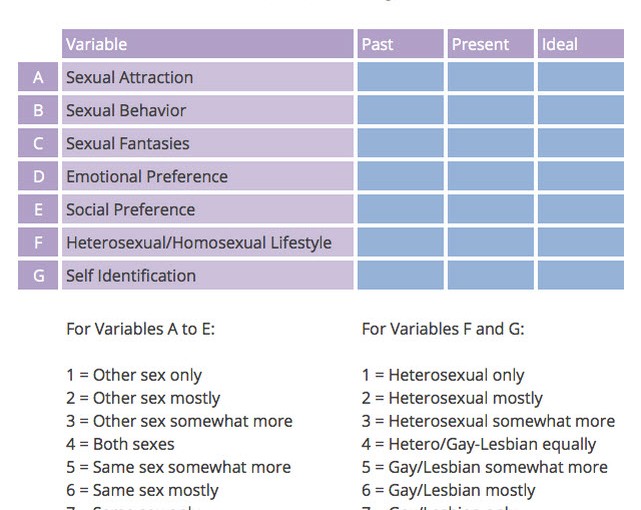 I was talking with some colleagues about the difference between the Kinsey test and the Klein grid this week, and looked online to research it a bit further. There are many tests we can take to help determine our sexuality and for people just coming out it may help remove some of the confusion. But I often find these tests even more confounding, because let’s face it, sexual orientation is just not as cut and dried as we want it to be. We are fluid beings, and perhaps that’s a beautiful thing. So even though I identify as a lesbian, I am not 100% off the chart as a lesbian. I have known some women who are, but I fall somewhere close to the coveted gold star but slightly tarnished. LOL.

I mentioned to some of the women in my coming out group this week that I thought pan-sexuality seemed like the most evolved choice that anyone could make. I worried later that saying this would confuse them, but they seemed undaunted. Getting philosophical here, this was just a half-formed opinion of mine, based on the idea that loving a human being for who they are at the level of personality and perhaps the soul seems to be more in line with our higher self. While I can hold pan-sexuality as an ideal, my reality is much different. Lust I realize is not based on ideals, but on raw human sexual energy.

While most people can recognize that bodies of all genders can all be attractive, it is our energies (butch/femme, top/bottom, lead/follow, giver/taker, sweet/salty, and on and on) that have so much to do with attraction. Energy can be both ephemeral and hard to define. It is that spark we feel, that electric heat that shoots down our body. So let’s face it, how we react to these energies just isn’t something we can control. For me, I find the energy of a man to be too in polarity with mine and I enjoy the subtle energy play between two females better. I have no better way to describe this as the reason why I am gay. (Not that I need to give a reason any more than a heterosexual does, damnit.)

So is our sexuality really a choice? I don’t have a clear answer to that, nor do scientists though they have tried to prove there is a gay gene. The only thing I know for sure is that we are at the mercy of energies that play upon us and lure us into our sweet attraction.

What are the various energies in which you show up in your life? We may be “butch on the streets, but femme in the sheets” as the saying goes. Comment below about what you have noticed about your own energy and others. 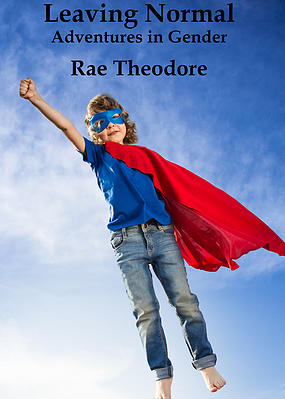 I follow this woman’s blog (TheFlannelFiles) and she’s a good writer. I think I must order this book if nothing else for the awesome cover and title! 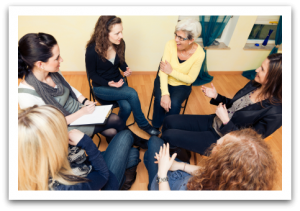 If you live in a large city that offers coming out support groups, I recommend taking advantage of them.  If you don’t have an in-person support group, the next best thing is a telephone support group (see resources.)  There are things a support group can offer you that a one-on-one session with a therapist cannot, though I recommend doing both if possible.

Peer support groups can be extremely powerful in the following ways:

In our support groups we laugh and we cry.  But above all we are there for each other week after week, and we accept each other no matter the decision.